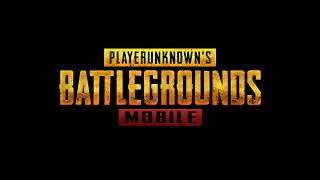 Has boredom hits you on the public transportation? Is your partner late for your date night? Has your flight been delayed? Is that business meeting getting boring...? Ok, the last option may not be the most appropriated regarding the purpose of this post. But the point is that, no matter where and when, you can open the vast Google Play Store game library and find lots of fun.

And, so you don't have to browse Google Play for hours, we've selected 10 games that deserve a place on your mobile's hard drive.

By the way, if you are one of our iPhone buddies, don’t miss our next post where we'll list the top 10 iOS games. That way, you can discover how to have the best fun at the palm of your hands.

Be ready to burn your Cosmo and awaken your Seventh Sense in this turn-based fight game developed by Tencent Games in partnership with Masami Kurumada, the creator of the series.

Using the core material as inspirations, Saint Seiya Awakening allows you to participate in quick PvE and PvP combats, as well as some minigames, giving you total freedom to assemble a team mixing villains and heroes alike.

By bringing familiar faces from Bronze to Gold Saints, including the Marines from the Poseidon Saga, polished graphics and excellent voice over, this game is a dream come true equally for the fans of Pegasus Seiya and for those who love a good strategy fighting RPG.

Meteorfall is a deck building dungeon crawler where you need to ally yourself with four strange heroes and build a powerful deck full of magical creatures and spells.

Comparing with other card games, Meteorfall stands out for its strategic simplicity. Borrowing the mechanics of dating apps, during matches all you have to do is swipe right on a card to deal damage or left to discarded and recover some stamina.

That way, its short fights and continuous enemy encounters means that you can defeat some goblins, raise your deck level and have a nice card collection in no time.

Fans of the The Legend of Zelda series will have lots of fun with Oceanhorn. Strongly inspired by the visual from Wind Waker and A Link Between World, this friendly, but at the same time challenging, game brings the best in the exploratory adventure genre.

While exploring each dungeon and island, you’ll need to solve some puzzles to reach the boss and uncover secrets. Enemies are challenging and require you to use your items to the best of your ability. And the soundtrack, by Nobuo Uematsu (Final Fantasy) and Kenji Ito (Sword of Mana), will echoes forever in your head.

Whether you win the many missions available in story mode, or compete for glory in PvP battles that can hold 200 players at once, you will often wonder if you really aren't playing on a computer.

In addition to the gameplay improvements from its previous titles, Asphalt 9: Legends brings graphics enhancements, giving vehicles more realism, making cars like Ferrari, Porsche, Lamborghini and W Motors to be seen in a similar way to their real world versions.

In career mode there are over 60 seasons available. The goals of each race vary, going from the classic 1st place, to spending more than five seconds in the air. In multiplayer mode, up to eight players compete against each other to reach the top of the world ranks to gain special rewards.

Gym Leaders, Trainers, Champions and Elite Four Members from multiple regions came together to finally determine who are the best Pokémon Masters. And you, as a rookie Trainer, need to form teams of three Pokémon to defeat each one that dares stand in your way to glory.

During combat, each Pokémon in your team can be command in real time, setting aside the classic turned-based mechanics from the series. So it's up to you to identify the best time and type advantage to turn the tides in your favor.

Honoring the franchise lore and expanding it further, Pokémon Masters is the ultimate mobile game for those looking for something more than previous games have delivered so far.

At the control of players such Beckham, Zico, Maldini and many others, you can challenge your friends in 1v1 matches or even test your skill against players around the world in your own tournament.

If you want to experience the best soccer simulation, this is the game to get.

Hardly a fan of the FPS genre never heard of this franchise. And by uniting forces, Actvision and Tencent Games managed to bring the whole Call of Duty experience to mobile without losing any of the excellence that perpetuated the series in the consoles.

Among the many classic modes, it’s possible to play Clash and Crossfire, from Call of Duty: Modern Warfare, Nuketown and Hijacked, from Call of Duty: Black Ops. Meanwhile, in the new Battle Royale mode, 100 players are put together in a dangerous battle zone to see who manage to be the last one standing.

And as a reward for your eagle eye, as you level up your rank, new weapon skins and famous characters such as John “Soap” MacTavish, Simon “Ghost” Riley and Alex Mason, are unlocked.

Calm and tranquility, with some RPG aspects, wrapped by beautiful 16 bits graphics. That’s basically the premise of this farming simulator.

At the begging of the story, your character's arrives in Pelican Town, where he decides to run a farm previously managed by his grandfather. From this point on, you can then focus on planting crops and feeding animals to get the best farm off all.

But Stardew Valley offers much more than this. You can level up your skills by performing different actions, head to town to socialize and even find your soul mate, or ignore your farm to follow a more RPG combat adventure and explore mines full of monster. Here you can make your own history.

If you are always seeking for good platformers, Oddmar is the game that will satisfy your hunger. At the control of the Viking protagonist, your mission is to explore 24 gorgeous levels, while facing baddies, collecting coins, finding secret treasures and solving puzzles.

At the top of all this, the storyline of this unlikely hero will stick with you from beginning to end. Is Oddmar only wishing to redeem himself in the eyes of his clan to gain a place in Valhalla? Are the orders he received really true?

Put your Viking helmet and embark on a fantastic adventure.